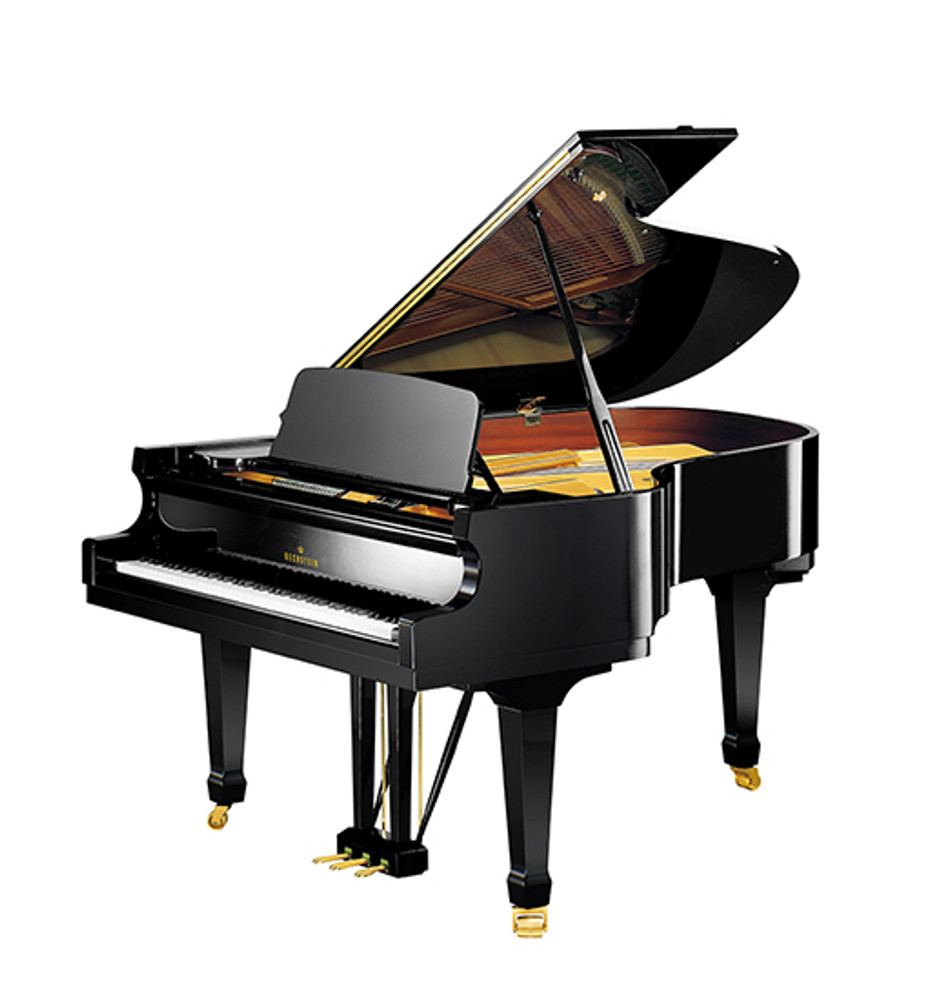 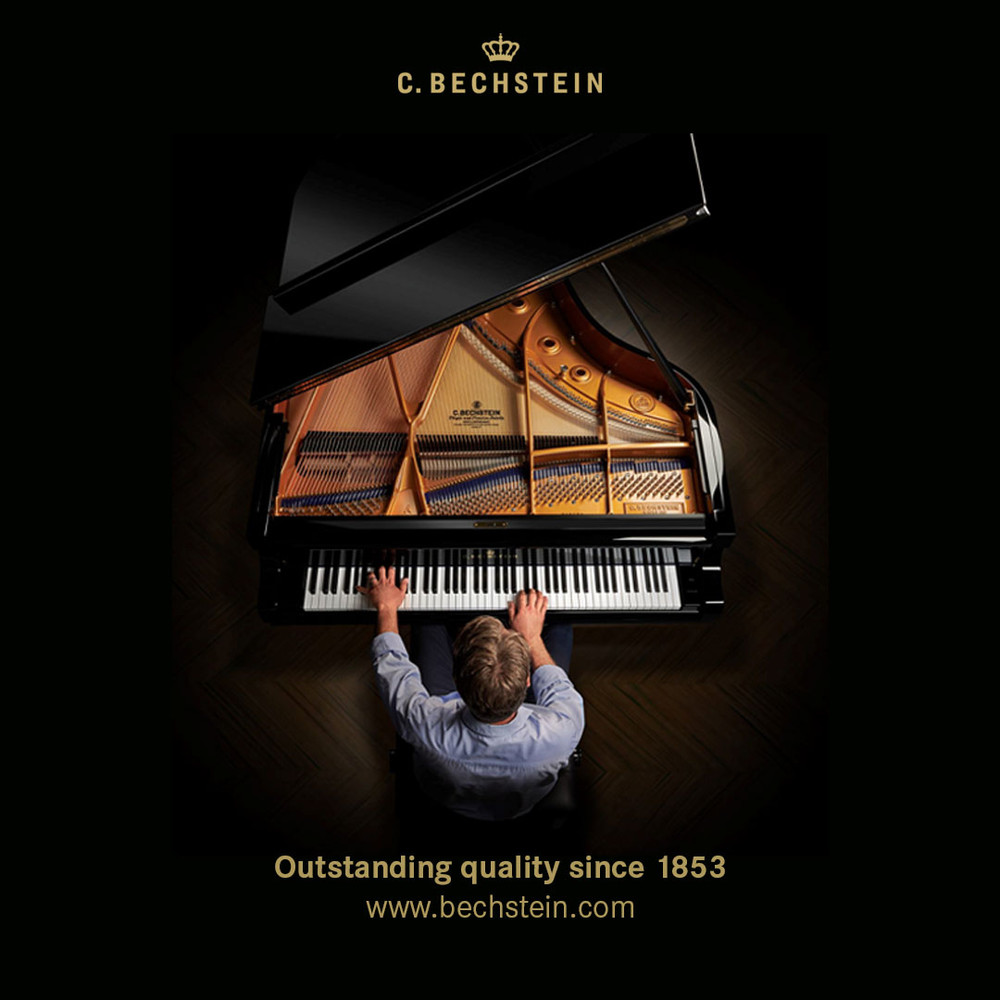 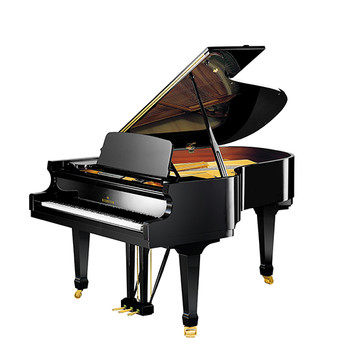 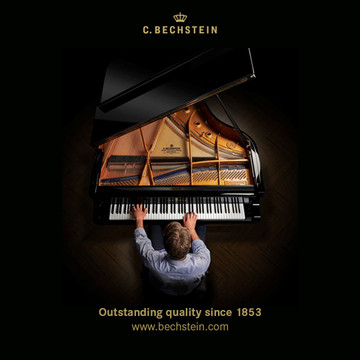 Top-quality upright and grand pianos made in Germany. Become part of the Bechstein legend!

A parlor grand piano with a professional profile

The C. Bechstein R&D department developed the premium Bechstein pianos taking into account the brand’s great tradition. Accordingly, all Bechstein instruments stand out not only for their wide dynamic range and noble voice, but also for their fantastic, professional-quality action that boasts special hammerheads made by C. Bechstein, Germany.

An incredible wealth of nuances! Bechstein A 190 parlor grand piano: your gateway to the magic of the Bechstein world.

The C. Bechstein pianos are manufactured in Germany taking into account the latest discoveries in the field of material technology. Long-term testing performed at the C. Bechstein production site determines the effect of even the slightest alteration of the original design, so that every acoustic assembly corresponds exactly to the targeted ideal. Nothing is left to chance thanks to automatic communication between the various machines, while manual post-processing of the action and acoustic assemblies make a jewel out of every A 190 parlor grand piano. C.Bechstein: the epitome of durability, beauty of sound and playing comfort.

Bechstein instruments are tailored to the needs of demanding piano players, and have been inspiring music lovers the world over for more than 160 years.

Much like Schimmel, another powerhouse of German piano making, C. Bechstein offers two distinct lines of instruments handcrafted in Germany. The top quality Concert are among the most elite pianos on the planet, but the less expensive Academy series are far from a compromise – these are precisely built, handcrafted instruments intended for high level professionals and institutions alike. With a softer, warmer tone than the Concert series instruments, some folks even prefer the tonal profile of the Academy series pianos.

C. Bechstein reserves their second from the top action for use in the Academy series grands and uprights, dubbed their ‘Silver Line Action.’ Renner supplies the parts, but Bechstein builds these actions themselves according to their strict Keyboard & Action Engineering & Geometry Standards. The result is an action that feels quite similar to the other Renner actions in other European grands – super smooth and responsive.

C. Bechstein also weights the action according to their Friction Control System for uber precise weighting.

The A190 sounds distinctly different from the Japanese and American competitors in its class, such as , Shigeru Kawai SK-3 and Yamaha CF4. The A190 is incredibly colorful, but where it really differentiates itself is with it’s clarity; the SK-3 achieves a similarly huge range of colour, but does have as much clarity throughout the range. The A190 is very even throughout the entire range with a bass that is well defined.

How does the A190 achieve it’s particular sound? Of course there are many factors, but something we’ll highlight here is the bridge, which is composed of German red beech courtesy of advanced CNC machinery. A good bridge is essential for optimal frequency transmission from the strings down to the soundboard.

The presence of agraffes in the bass and mid range, and then a capo bar for the treble ensures the strings are held perfectly in place, allowing the hammers to strike the strings in precisely the right place. This helps minimize distortion and contribute to the clarity.

The hammers themselves are mahogany covered in rare New Zealand wool, and are laboriously voiced by hand prior to crating.

The tone is different in the A190 than a handmade Japanese or American made instrument due more than anything else to the soundboard. The A190 features a soundboard of slow growth European Alpine Spruce, grown at extreme elevations. Alternatively, the SK3 and New York Steinway Model A feature soundboards of Sitka spruce.

The A190 features a thick, hardwood rim of Beech. These rims are built for long-term durability and overall structural integrity, and the Beech itself is carefully selected to ensure that the case remains highly stable, and perfectly frames the soundboard. The rim construction and materials also contribute to the excellent sustain and overall tonal profile of the piano.

There are no reviews yet.