A modern digital piano that leaves a grand impression – this is the bold concept behind the new DG30. This striking instrument combines Kawai’s authentic digital piano keyboard and sound technologies and marries them with a contemporary grand piano-like cabinet, finished in luxurious ebony polish. Like a piece of fine furniture, the DG30 will surely complement the interior of almost any room, while its compact size and shape allows this impressive instrument to occupy less space than even the smallest baby grands.

Bluetooth® MIDI and Audio expand the DG30’s functionality by connecting wirelessly with smart devices while using apps, including Kawai’s Virtual Technician and Sound Museum apps. An adjustable metronome, built-in lesson function and song recorder also contribute to making this piano a great choice for beginning piano players. All of these features are integrated into the attractive cabinet, which offers modern style and elegance, along with long and short lid props for either full or partial lid positions. The DG30 Digital Grand Piano provides an inspiring piano playing experience while bringing beauty and elegance to any home.

The DG30 digital grand piano captures the magnificent tone of Kawai’s flagship Shigeru Kawai SK-EX full concert grand piano. Widely regarded as the “premier pianos of Japan”, Shigeru Kawai instruments grace the stages of concert halls and musical institutions throughout the world, and are prized for their exceptional tonal clarity. In addition, the DG30 also features the distinctive sound of Kawai’s highly acclaimed EX concert grand piano, which has frequently been selected by professional pianists in such prestigious events as the Chopin, Tchaikovsky, and Rubinstein international piano competitions, among others. 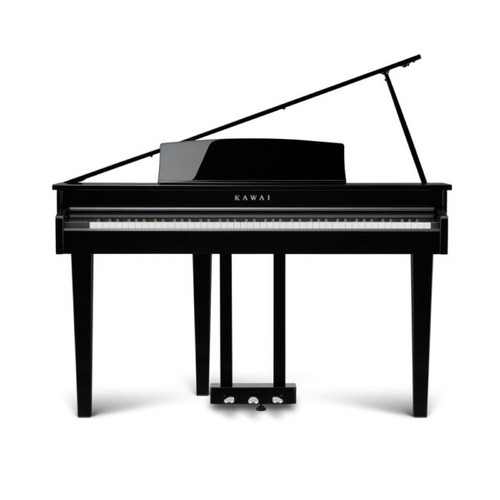